History behind the wings: N338AK

Built in 1958, the 262nd DHC-­‐3 Otter on the line was delivered to Petroina SA of Luanda, Angola on June 26,
1958, then the colony of Portuguese West Africa. It was later registered to Compagnie de Petroleos de Angola.
Having served the oil industry in Angola for 12 years, the Otter was purchased by Bannock Aerospace Ltd of
Toronto in February 1971, prior to the very long ferry <light from Luanda to Toronto. The Otter passed
through Shannon, Ireland, on April 30, 1971, before setting off via Iceland, Greenland and Newfoundland on
the long Atlantic crossing.

In 1972, N338AK was sold to Newfoundland & Labrador Air Transport Ltd (NLAT) of Corner Brook,
Newfoundland. In April 1974, this company became a subsidiary of Air Labrador. Through various inner
company transitions, it was eventually sold in January 1989 to Ken Wilson Aircraft Sales Ltd of Toronto.
Within a year, it was sold on to Ken Ward (who now owns our Taku Glacier Lodge), to operate in his Ward Air fleet here in Juneau
In July 1990 it was registered as N62355. Ken Ward himself flew the Otter all the way from Toronto to Juneau on
wheels. Its floats were transported via truck and then barge to Alaska where N338AK became a floatplane,
flying from Juneau on general charter work.

The Otter continued flying for Ward Air until March 1993, when it was sold to Wings of Alaska. In April 2002,
it joined our family here at Wings Airways Inc. 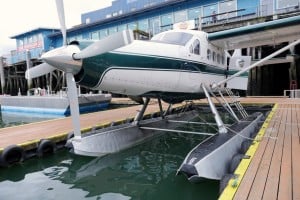 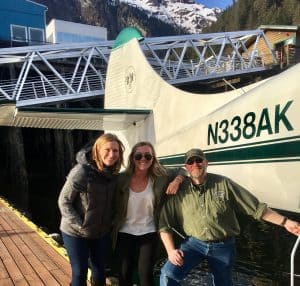 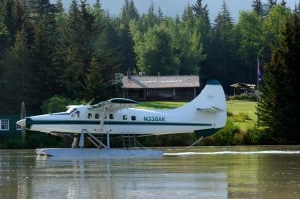 Loved the people at Wings and Taku Lodge-THE BEST 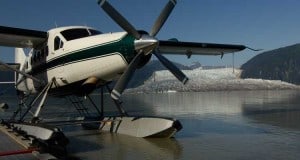