History beyond the wings: N339AK

Built in 1965, the 454th DHC-­‐3 Otter was purchased by the Tanzanian Air Force on April 12, 1966. It remained
in Canada under the care of the RCAF until May 1967, when it was crated and shipped to Tanzania, where it
was re-­‐assembled and entered service, based at Dar Es Salaam. Of eight Otters in total, three were retained in
Canada for training purposes and the other five went to Tanzania and continued in service there until April
1972, when Bannock Aerospace Ltd of Toronto purchased the fleet. The five Otters were flown from Dar Es
Salaam, Tanzania to Nairobi-­‐Wilson airfield in Kenya in April 1972. During the month of May, they were
prepared for the long ferry flight back to Canada. Four of these Otters passed through Shannon in Ireland on
the delivery flight home, the fifth passed through Prestwick in Scotland. N339AK’s full routing was Nairobi -­‐
Cairo -­‐ Heraklion -­‐ Rome -­‐ Ashford, England -­‐ Fairoaks, England -­‐ Prestwick, Scotland through Greenland to its
final destination in Toronto.

After overhaul, on July 28, 1972, this Otter was sold on to B.C. Yukon Air Service Ltd of Watson Lake, Yukon. It
went on to fly for this company for 17 successful years. In April 1989, it was sold to Temsco Inc. of Ketchikan,
Alaska, who had previously also purchased N337AK. It flew as part of Temsco’s large fleet of Otters out of its
Ketchikan base until the plane’s sale to Wings of Alaska in Juneau. In March 1993, it made the short move
north from Ketchikan to Juneau, flying as part of the Wings of Alaska fleet on its scheduled services and
particularly on its summertime charters out of Juneau for summertime guests. In April 2002, it joined the
our Wings Airways family. 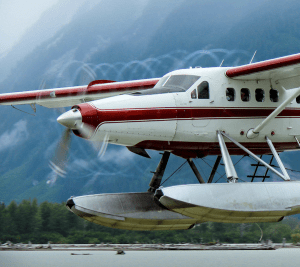 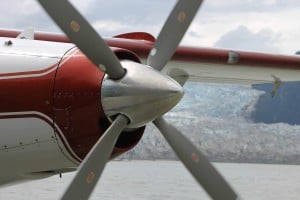 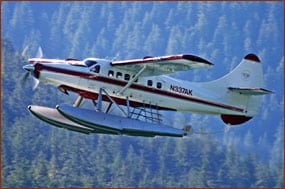 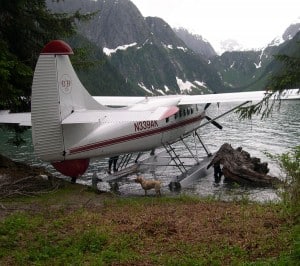